“Yet if it had not been for the law, I would not have known sin…The very commandment that promised life proved to be death to me” (Rom.7:7,10). “Then he took him by the hand, and led him into a very large Parlor that was full of dust, because it had never been swept…Then he called for a man to sweep it. When he swept, the dust began to fly, so much that Christian was almost choked. Then Interpreter said, ‘Bring some water and sprinkle the room.’ Christian asked, ‘What does this mean?’ And Interpreter answered, ‘This Parlor is the heart of man…the dust is original sin and inward corruption, which have defiled the whole person. The one who began to sweep is the Law of God. The one who brought the water and cleansed the room is the Gospel of God. The Law, instead of cleansing the heart, stirs up sin, revives it, gives it strength, and increases it in our souls. It can never give us the power to subdue sin. But when the Gospel comes, as in the water that washed the room, our sin is conquered and our soul is made clean.'”

“Christ loved the church and gave himself up for her” (Eph.5:25). “Tremble to think that you should ever sin against Christ, who loves you so much. View your sins in the light of the Savior’s love…let this word of exhortation sink deeply into your hearts; weep, and weep tears of blood, to think that ever you should sin against Jesus Christ, who has written by his own blood this truth, that he loves you with a love passing knowledge.”

“As the deer pants for flowing streams, so my soul pants for you, O God. My soul thirsts for God, for the living God” (Ps.42:1-2). “Do you desire God? Be covetous Christians…Say with the psalmist, ‘This one thing I desire; nothing but God…’ Look often heavenward; get a sight of God and his glorious treasures; live more in the contemplation of his glory and goodness…You who have cold hearts heavenward, it is a sign that your eye is little on heaven…Some clearer views of the love, the goodness, the holiness, the kindness, and the glory of the Lord would whet your appetite, would put life into those dull desires, would make you hungry souls, and thirsty souls, and longing souls.”

“…the accuser of our brothers has been thrown down, who accuses them night and day before our God” (Rev.12:10). “We can’t judge ourselves according to our feelings, for when we are tempted we’ll only see the smoke of distrustful thoughts…By false conclusions we may come to sin by bearing false witness against ourselves…In doing this, some Christians act as if they had been hired by Satan, the ‘accuser of the brethren,’ to plead for him in accusing themselves.”
Richard Sibbes

“I find it a law that when I want to do right, evil lies close at hand” (Rom.7:21). “Believers carry a remainder of indwelling sin. It is powerful, effective, and continually working towards evil. Though its rule is broken, its strength weakened and impaired, it is still a law of great force.” 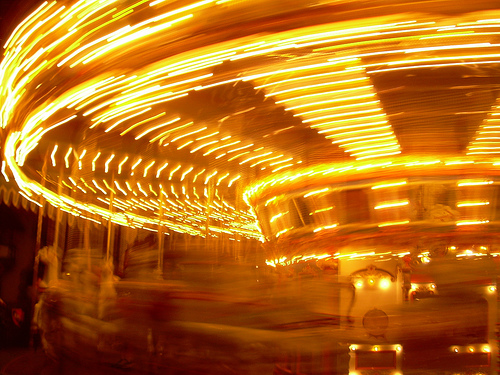 “God did not cast us out of paradise to seek another paradise in the world. This world is troublesome, and yet it is loved; what would it be to you if it were free of trouble? You embrace the world, though it is filthy; what would you do if it were beautiful? Only heaven is above the winds, storms, tempests.” “Do not love the world or the things in the world” (1Jn.2:15).

“There are two prominent ways that God breaks the power of sin in believers. One is by the operation of internal grace. ‘For the desires of the flesh are against the Spirit, and the desires of the Spirit are against the flesh, for these are opposed to each other, to keep you from doing the things you want to do’ (Gal.5:17). In other words, sanctification gives sin a miscarrying womb (cf. Jms.1:15) after it has conceived in the soul.

The other way that God breaks the power of sin is the external work of providence. ‘And we know that for those who love God all things work together for good, for those who are called according to his purpose’ (Rom.8:28). The Providence of God is the great barrier and hindrance to a world of sin, which otherwise would break forth like an overflowing flood from our corrupt natures.”
John Flavel